Recently I installed a new, unofficial Nexus 7 2013 ROM on my trusty old handheld. It practically revived the device for me, as previously it was crashing in a repeated way and I thought it was finally done with its (notoriously iffy) flash storage. Now it runs the latest version of Android (11) with up-to-date security, something it does better than my recent-ish phone, which is a story on its own.

The Nexus 7 2013, the second generation that Google/Asus made, has an excellent size for reading in portrait: it fits exactly in my hand, in ways my Lenovo Duet doesn't. The latter is a great tablet in a lot of other ways, but reading leisurely is a thing the Nexus just does better.

In that vein, I installed Pocket, which I have been using for nine years now to store articles to read later. If at all.

See, the latter is a bit of a problem. (continued after the image) 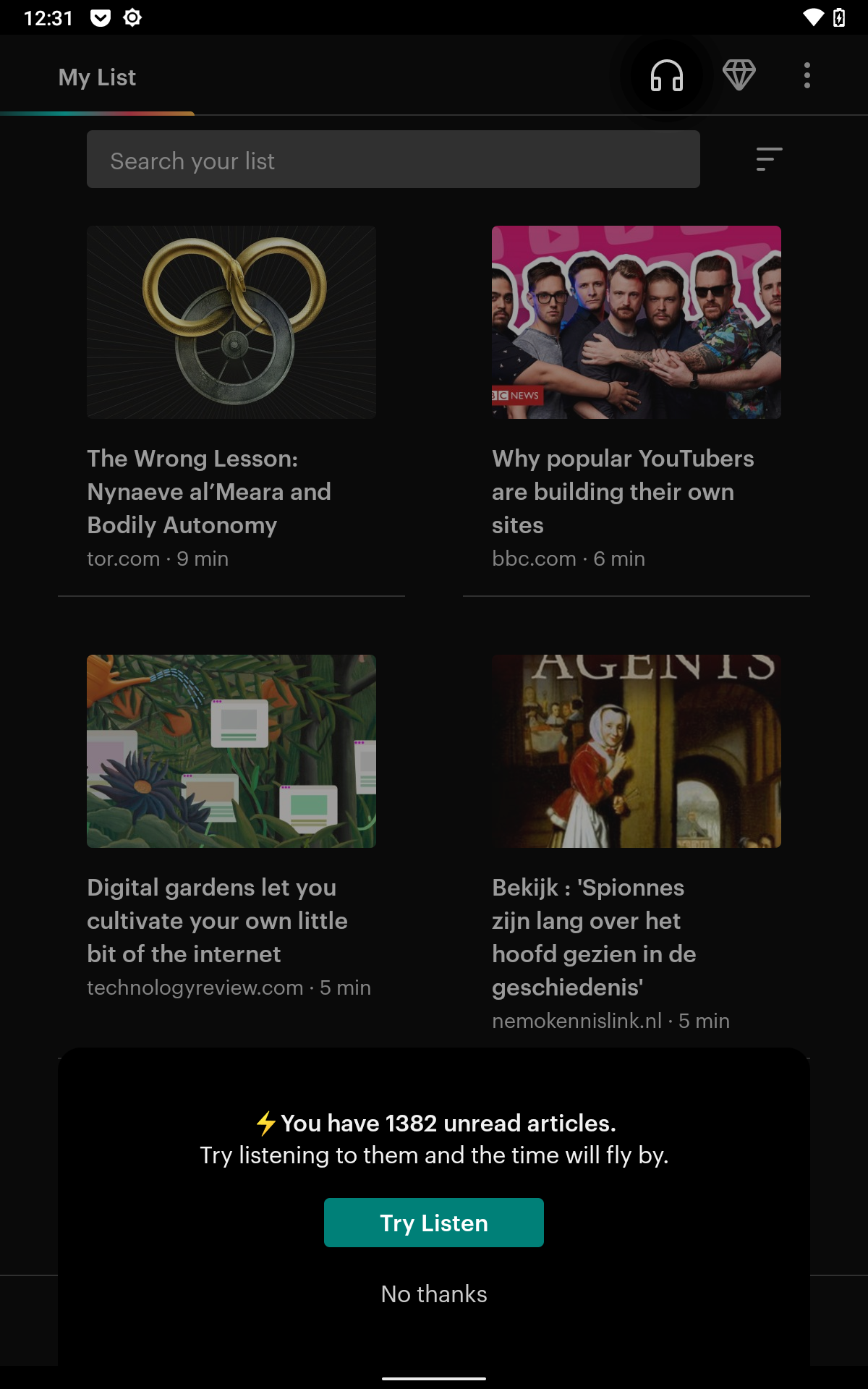 Like most of you, I encounter a lot of interesting articles, whether on daily reading sessions, getting linked by others, or even recommended by Pocket itself. However, a lot of these discoveries happen at a time when reading a long-form piece is not the best thing to do (like during a short break from work, at the end of a trip with public transport, you name it). Into Pocket it goes. Not only does Pocket remember it for you, you can neatly tag it with relevant markers, and best of all: it presents it without the clutter of the original website, and remembers the position you were last reading it.

It's a great reading tool. It's also just like my bookmark archive: mostly write-only, meaning that its collection just grows bigger, and isn't used as much as I would have thought. To be fair, there is a total of just over 2900 articles in my account, so it's not like I did not read anything; I just could do better.

Seeing this amount again, made me decide to actually take a good look at those articles again. In the six days since installing the app on my tablet, I have read or skimmed over 130 items, mostly the somewhat shorter ones. However, I have put it as a challenge to myself to read some articles every day, so this treasure trove will finally gets the eyeballs it deserves.

Related: I wrote a pocketstats thing some years ago which, if ran daily, summarises ones progress through their collection.