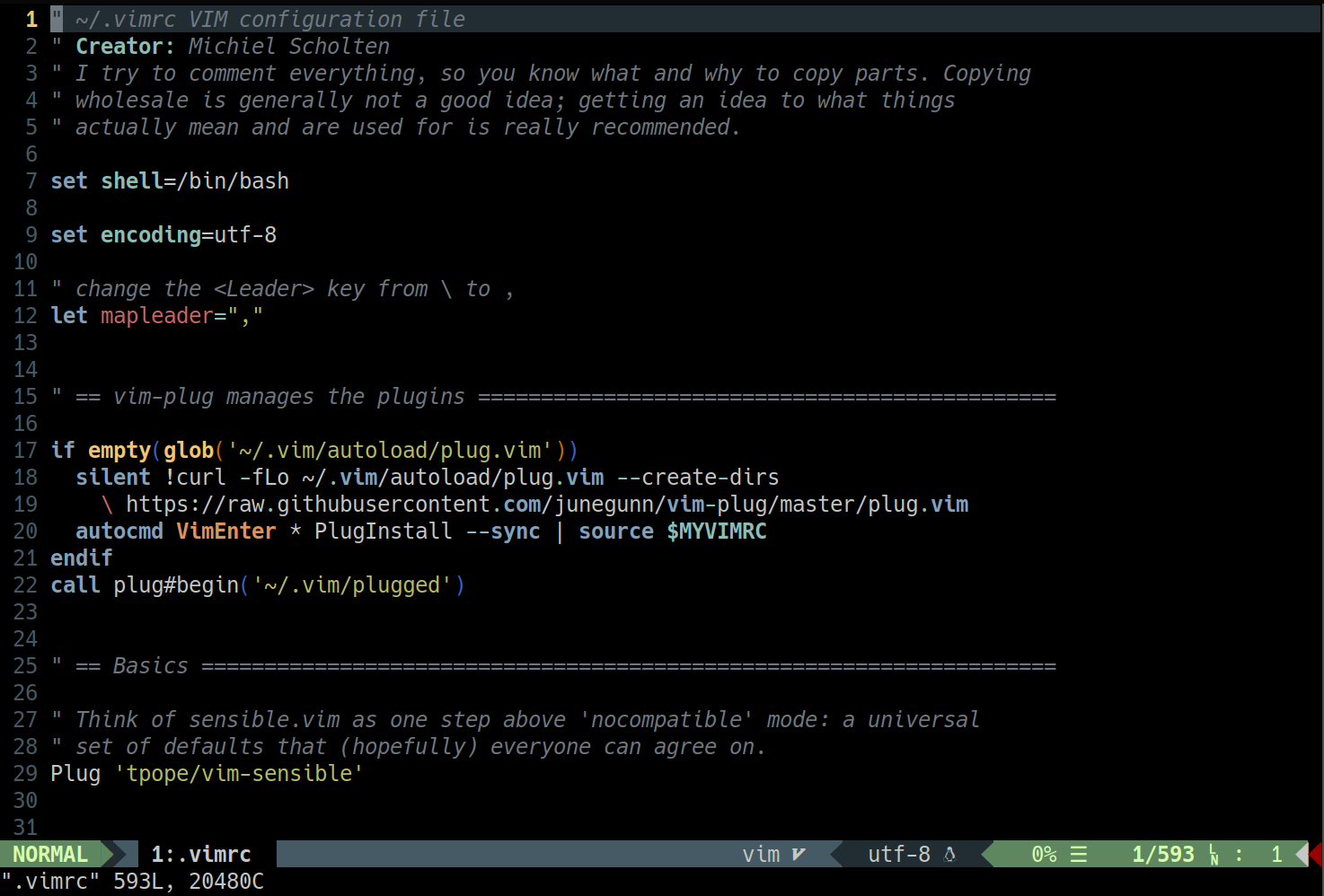 Some people binge-watch series when taking some time off, some read books, some enjoy comics, some take time off from computers for a bit, and some spend some hours cleaning up their vim configuration file.

This holiday, I did all of the above.

Yesterday, instead of spending one day gaming (which has become my yearly tradition) I performed some spring cleaning to my .vimrc. This was a bit overdue, as it accumulated its share of cruft over the years, and the internal organisation was lacking. I removed old plugins, did some debugging, moved around settings so they are clustered by function, and moved from good ol' Vundle to vim-plug, which does its thing asynchronously, so faster, and has some other tricks up its sleeve (like the ability to clean up directories).

This all lead to a tidier file, which I will use to finalise my follow-up to the ancient post detailing my .vimrc from 2014.

Fun post with some insightful (and slightly depressing) time period comparisons. Now I feel old :) Source: It’s 2020 and you’re in the future - Wait but Why

I have been thinking lately about how I organise my thoughts, notes, files, todo's, incoming messages, and much more. This was partly fed by Ryan Rix and his quest for the ultimate way of organising data, be it org-mode or a variant, TiddlyWiki, or something entirely self-built. I have quite …

Happy epoch day everyone! 50 years since the first of January, 1970. Time flies when you're typing in dark terminals.

I just merged a new version of my trusty old NS API Python library. Last year I would have thought to not be touching it for quite a while, as nowadays I'm in the luxurious position of being able to bike to work and not wanting to do basically a …