I stumbled upon this post by Vermyndax earlier today and felt the urge to type.

His problem is one that I'm familiar with; I don't pretend to have a magic answer, but I learned some tricks to get myself started.

First of all: I don't think it's weird to want to sort-of jump to the end result. It's generally the scratch to some itch, and it better start scratching right now :)

What I learned to do myself, is, well, just start, preferably with something enticing so it is a bit more easy to gear yourself up for it. Ask yourself: "What's needed to set this up?" and then do so right away, instead of drafting a functional design and losing yourself in endless details. Then if there's something blinking Hello World in your face, start adding small things to it. After a while of tinkering you find yourself with something that actually does something more like your intended goal, and then it's 'just' ( :))) ) a matter of iterating. Also, don't fool yourself that a hobby project needs to be 100% done; I don't think they ever will, and as long as the 80% is something usable and fun, you're totally fine.

I have no idea if there's really any coaching on it, apart from the 'getting things done' ways; maybe looking into 'rapid prototyping' or 'agile development' is relevant here. I do believe that minimising the distractions around you and forcing yourself to start is at least one way of putting a potential hobby project into gear.

The next problem was basically overthinking the project, getting lost in a lot of details about how to do things instead of doing it.

I suffer the same, and sometimes an idea is marinating for months in the back of my mind until I sit down and act on it. I might do some research in the meanwhile, filling in some gaps of knowledge.

About your brain being scattered... I know the feeling. I think that's part of the "just start" thing here, do not think too much, and when you start doing the little tasks setting up the environment, try not to sidetrack yourself and hopefully some kind of positive feedback loops start hooking you for a bit.

Anyway, that's my ramble about a subject I'm also not all that good in as well, so take it as you like.

A long long time ago I read N.A.D.D. and it opened my eyes. Together with me realising I can barely focus on a book anymore - something I used to be able to do for weeks on stretch - I think it's a sign of our times that attention spans are crumbling.

Still, I've found that it's not impossible to actually get some work done on a hobby. It generally takes a higher level itch for me to get started, but doing those tiny tasks to fix/do one thing at a time, having disabled most of notifications and other things in my peripheral view actually gets me a solid 15 minutes of hacking at a time! ;)

If it's the quiet that makes your brain start wandering, maybe put up some headphones and music that gets you humming. Music for me generally is a good way of at least getting a few parts of my brain aligned to focus on a task.

Meditating is not for me, it's too much of a rest :P (Maybe I really should allow myself to defocus more, I'm too wired into my gadgets that I often do not give my family enough attention). A thing that I do do, is taking a morning walk through the park. Having some fresh air in my face and seeing some fractal shapes in nature somehow quiets my mind a bit and helps me through the day.

Multitasking does not exist. I'm terrible at it (hah, contradiction). I have to keep continuous notes to even get through the day. Maybe that helps, making a small text todo file.

Context switching is killing indeed, it's also a thing I try to soften by closing myself off with music.

The franticness one can encounter is being antsy to get going, I think? I know the feeling, and it aligns with the "just get the fsck started", because otherwise the nervous energy just spirals out of control and my mind is incapable of focusing on anything anymore.

I discovered Obsidian a while ago and it's great, some kind of personal wiki and brain dump. Not only helps me put some notes about a topic into one place, but also do braindumps of other thoughts so I can forgot about them for a bit and think about the subject at hand.

Don't beat yourself up about not connecting (yet?) with the thing you want to learn. First: do you really want to learn it? If yes, maybe try doing something stupid and simple in it. Something that you go into with a "why do I even bother?", but it helps you get familiar with that strange syntax, and you actually get something accomplished, even though it's something to throw away right away (something else I can't do).

If, on the other hand, you suspect that maybe Swift is not a thing you want to learn after all, spend that nervous energy on something else that has been playing through your mind. Maybe in a few months you discover more appetite for it again, or you discover something new that captivates you a lot more.

Indeed, I think the last 30 years have not been good on our attention spans. Enabling DND and focus modes really is a good thing, and convincing yourself that FOMO is really not needed might help here. Hard, but ever since I just stopped cold turkey with Twitter, my favourite news app and some other sources, I actually have some braincycles left to function. Turns out, I don't miss all that many things. What I mean is, you will feel guilty anyway; choose what weighs more: feeling guilty about missing some tweets, or feeling guilty about not spending another evening tinkering with $hobby?

Today is a good day. We had some (well-spaced) fun at the office, our new TV arrived to allow us to spend some good times together oggling at inky blacks, and this sweet little website of mine turned eighteen, meaning it's now officially legal. Or doesn't it work that way …

Today I cloned the dammit.nl repo on my phone, as apparently I hadn't done that just yet. I had wanted to post a short blurp on December 31th saying goodbye to 2021, but I was fresh out of laptop. I put it on my phone mostly to be able …

Yesterday evening, my little gaming group came together online to play some Counter Strike: Global Offence (CS:GO), as a deviation from our regular battles in OpenRA (which is great fun by the way). We played CS:GO before, but for some reason when I launched it from Steam now …

It is no secret that I keep a journal (it might not be very well known too, but it is private anyway). It is not a fancy hard copy journal that some talented people fill with really neat doodles and such, but rather a boring collection of Markdown-formatted text files … 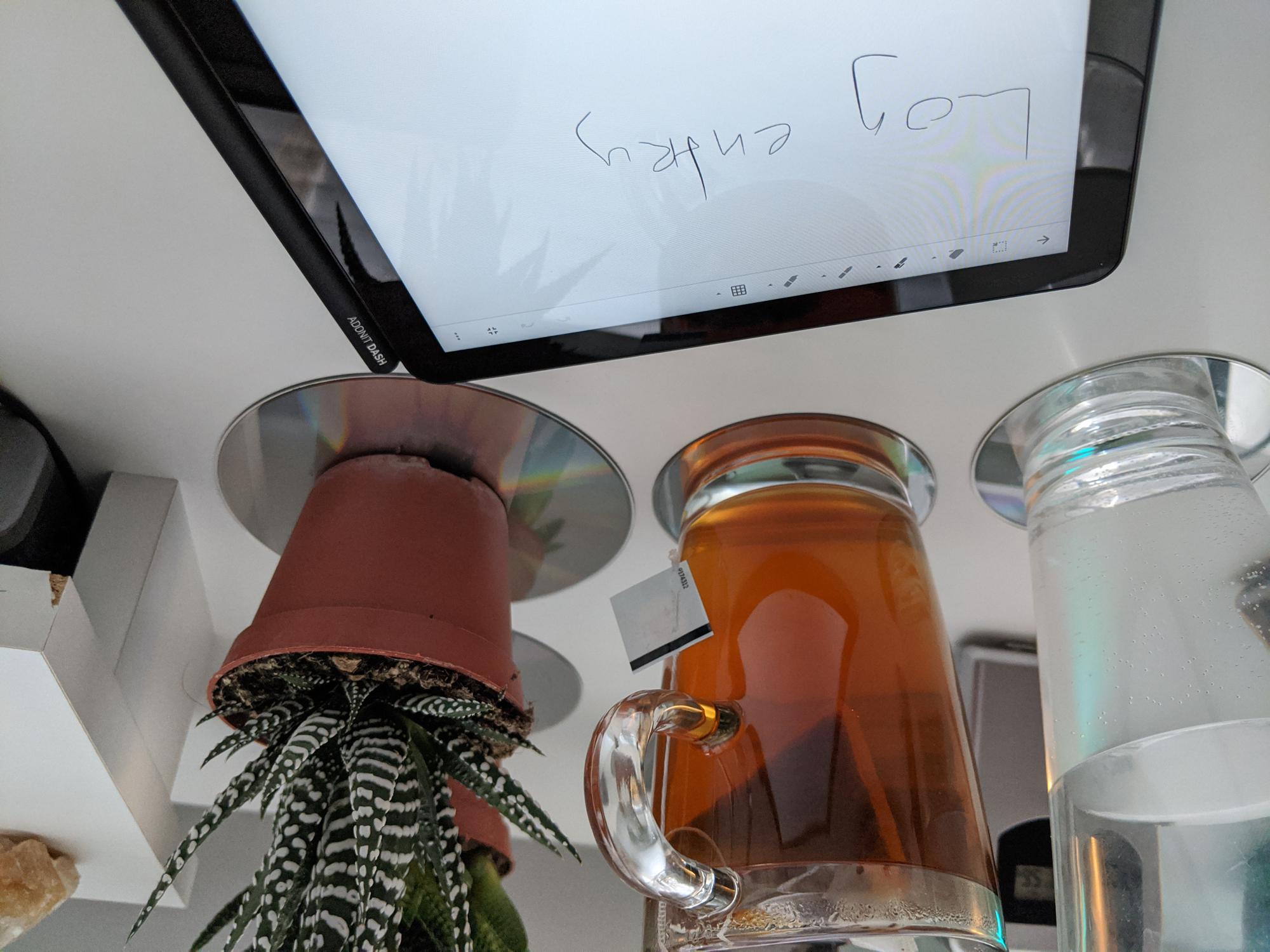